By Mark Tovey For Mailonline

This is the incredible moment a giraffe floored a rival with a judo-like throw by using its own neck to lift its opponent’s leg into the air.

Wayne Howarth, 31, was leading a tour through Kariega Game Reserve, South Africa, when they came across two bulls fighting over a nearby female.

Footage shows the aggressive giants fighting normally at first, swinging their giant necks at each other’s bodies as they try to land a knockout blow.

The younger bull is pictured pulling its opponent’s leg out from under it, unbalancing it and sending the bull flailing to the ground in footage recorded at Kariega Game Reserve, South Africa

But then the younger giraffe suddenly places its head under its rival’s back left calf and lifts it into the air – sending the older male toppling to the ground.

As if to show its dominance, the victorious giraffe swings its head at the grounded animal before placing a victorious hoof on its body.

Wayne said: ‘I was amazed at the power of the two animals. It really got my adrenaline going being so near to them on foot. 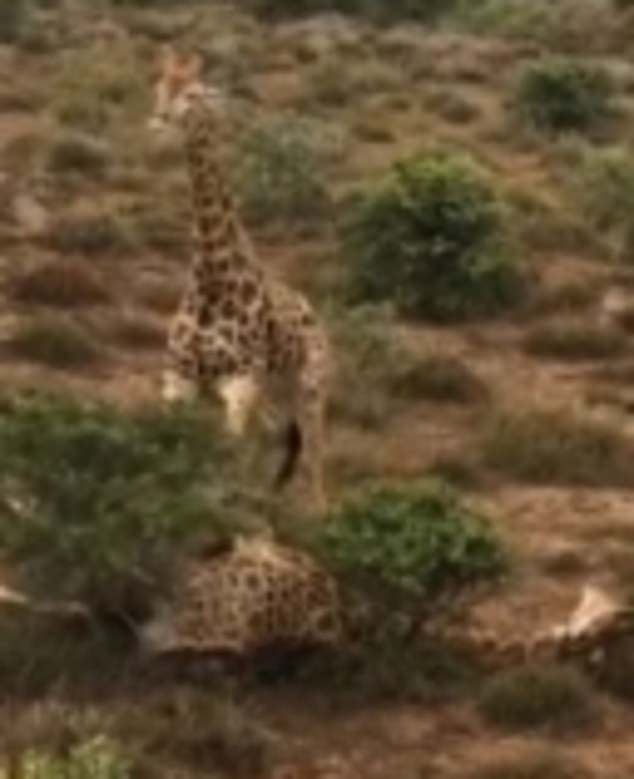 ‘Judo giraffe’ stands over its toppled opponent, putting a hoof on top of its crumpled body in a display of dominance

‘I’ve been a guide in Kariega for 11 years and I have never had such a sighting like this. I have seen giraffes fighting but never seen a knock down.

‘We were on a guided walk and saw them from a distance so we made an approach. The fight went on for roughly 15 minutes, it was over a female who was coming into oestrus.

‘The guests were shocked to witness such an encounter. It really was nature in its true raw form. 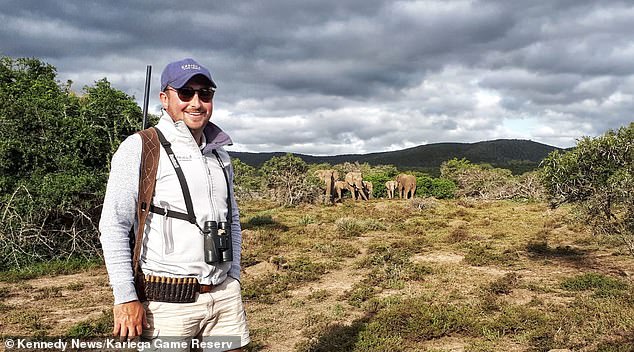 Wayne Howarth (pictured), a 31-year-old tour guide at Kariega Game Reserve, South Africa, said in his 11 years roaming the safari’s sun-drenched plains he’d never witnessed a giraffe use the leg pull out manoeuvre demonstrated by ‘judo giraffe’ in the footage 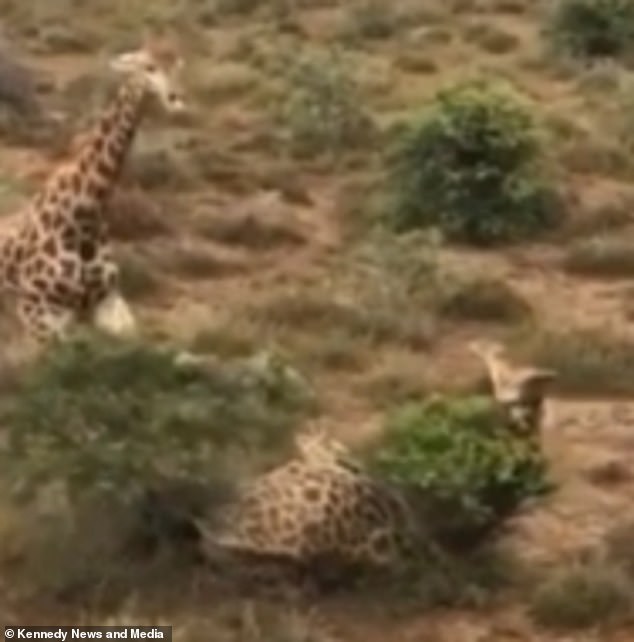 The not-so-gentle giant looms over its vanquished opponent, having been brought into a 15-minute all-out war with the bull over a female 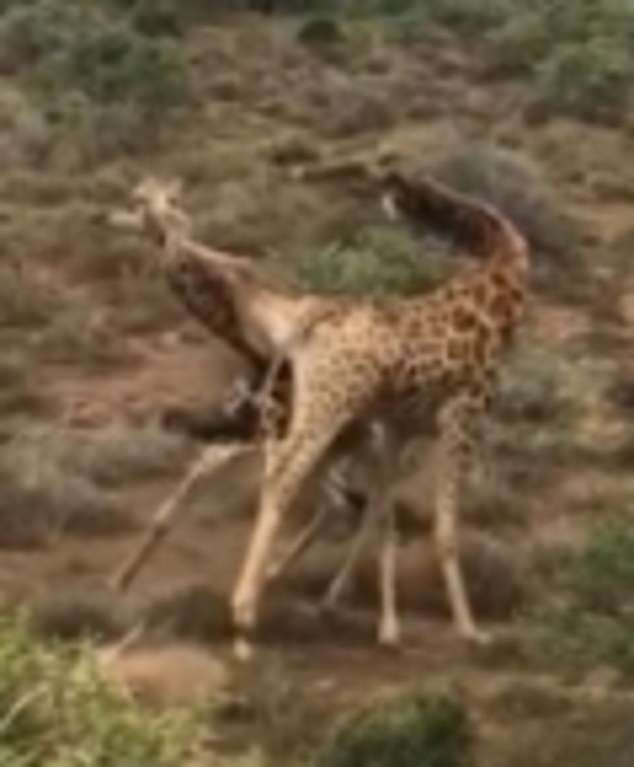 Moments before ‘judo giraffe’ sends its rival crashing to the arid earth, the two bulls trade blows, using their heads as sledgehammers to beat each other’s necks and bodies

‘Neither of the giraffes suffered any injuries. The two bulls ended the fight, the bigger and older bull who was knocked over eventually got back up.’

Despite the footage being filmed in 2018 it has only just been uploaded to social media where it has been viewed more than 3.9million times.

Commenters were amazed by the giraffe’s brutality with some joking it had taken a ‘judo class before’ and that it had been watching ‘too many UFC fights’.

One person wrote: ‘The giraffe is trained by Khabib Nurmagomedov.’